The world today is defined by digital technology whereas our lives are heavily influenced by social media which eventually exploded the influencer marketing trend. Users all over the world not turn to their favourite Instagram, Twitter and YouTube celebrities and corporates for professional advice plus, helpful recommendation on purchase decisions.

Influencers refer to people who’re trusted by millions and take their word to base their decision on purchase. A survey revealed that more or less 90% audience around the world prefer influencer marketing whereas their budget seemed to have soared over the years.

The rise of social media is an opportunity for common people to showcase their creativity and highly professional skill set, thereby raising their own brand with stimulating content and engagement strategies, becoming influencers.

As social media users multiply exponentially, organisations begin to realise the importance of leveraging these platforms to fire up their digital marketing campaigns and strategies. Following the boom of influencer marketing, a lot of research has been conducted by leading digital marketing and web design agency, which returned interesting statistics whereas some of them are exceptionally surprising. Let’s have a look in detail!

Around 80% Teens Trust Influencers Over Celebrities

Even the most prestigious and globally competitive brands today struggle to gain the same level of trust as that of influencers, thus persuading them to hire their services for product endorsement. In-fact, the number of millennials is significantly higher in favour of influencers, claiming that they understand them better than any other. On the contrary, brands get to save valuable time and effort to find influential resources who can endorse the product, delivering message that directly tap into human emotions.

Women, in greater numbers, prefer social media influencers to base their purchase decisions. As a result, brands consider females as the perfect target audience or ideal customers thus optimising their marketing strategy accordingly.

If your product or service in particular for the feminine market, approaching influencers to launch a social media awareness campaign would prove highly profitable. In recent years, the number of active women on social media channels surpassed 50% whereas more than half buy following influencer posts on Facebook and Instagram. 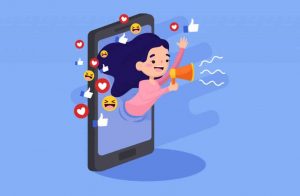 50% Consumers Depend on Influencer’s Endorsements

The growing importance of social media is a fresh and innovative start for influencers to bridge brands with the target audience. That said, more than 50% consumers today depend on influencer recommendations of which 40% actually convert into buyers after reading or seeing something expressive on Twitter, Instagram and/or YouTube.

No doubt, celebrity endorsement means a lot for brands but the trend has changed over influencers. Customers today find it hard to trust brands even with all the celebrity fill-ups and promotions only to address the power of influencers thereby engaging themselves nearly 5-times greater, twice the conversion and around 15% more optimistic word-of-mouth as compared to traditional celebrities. As social media gains momentum, power has shifted to influencers active on multiple audience platforms.

Around 60% of digital marketing agency Dubai plan to increase the influencers budget, thus becoming the fastest growing medium for brands to surpass both organic and paid search as well as email marketing. A research concluded that for each dollar spent on influencers, businesses earn approximately $7 in return. This is indeed a big ROI considering about half of the digital marketers prefer acquiring customers. Blogs and Facebook are considered the most active influencer channels.

More and more brands are taking on the influencer marketing ride thus signifying its importance in building long-lasting loyal relationships to resonate with brands and create compelling campaigns aligning with core values. More or less 25% digital marketers cited influencer marketing as the most cost-effective method to win new customers.

Fashion and beauty markets are always thriving while puling more competitive brands alongside loyal customers through effective influencer marketing campaigns. This trend follows the challenge of pulling more organic traffic without overspending on media advertisements and amplification efforts. That said, around 60% of the fashion and beauty companies today use influencers as a core part of their marketing mix whereas 24% more are willing to adopt the strategy in coming years. 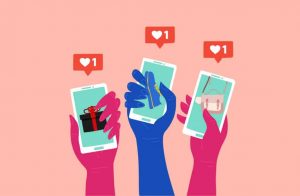 The incredible and undeniable results of influencer marketing can’t be ignored, resulting in a 70% increase in spend when budgeting for the campaigns against the coming year. This is most particular with Instagram being the highly engaging platform where global brands and audience interact. The seemingly visible outcome is increased brand awareness, new audiences and brand sponsorship.

Influencers market sphere has expanded exponentially in recent years. Back in 2017, it was a $2-billion market but looking at its growth, the industry aims to hit $10-billion in 2020 being ever expanding and highly effective. Digital marketers on the contrary, need to redesign their campaign strategies to measure performance, create analytics to further push the campaigns and improve relationships among the brands and influencers alike.

Almost every brand today prefers digital medium over print which redefined the budget spending. Influencers are now a finer replacement to the over expensive and inefficient ad buys that can be found in the newspapers and magazines. The ROI for influencer marketing is far greater than any traditional medium.

Even in the digital age, there’re those who dislike ads popping in between as they crawl websites. This is where ad-block technology comes to aid allowing users to seamlessly browse a website while the ads are blocked forcefully across the webpages. In the U.S., 50% desktop users prefer ad-block extension whereas 20% for mobile consumers.

But the trend has changed as influencers fill the gap allowing users to actively engage in video advertisements from influencers rather than typical celebrities. In-fact, the engagement level is so high that users literally take every influencer’s word as a rule written in stone. The power of digital advertisement has now shifted to real people and influencers from amongst us.

Influencer market spending literally catapulted over the years and it’s only increasing. A 2018’s survey revealed that digital agencies and companies are already investing an average of $25,000 to $50,000 in multiple influencers’ campaigns, targeted for small-to-medium sized companies and their audience.

Twitter influencers can surely make a difference! As a matter of fact, more or less 50% purchase decisions are taken as an inspiration or encouragement from influencers’ Twitter tweets which further reach a wider audience through word-of-mouth. It’s clear Twitter surely has the potential to drive good and profitable sales.

With nearly 80% marketers budgeting for influencers and 70% actually have relationship with them, things really get ahead of the curve when it comes to research and high-quality content. When influencers marketing campaigns are powered by in-depth research and engaging content, it really builds long-lasting trust and boost sales.

With above three billion monthly users all over the globe, Facebook takes the lead being the most influential social media channel to take the cut of 25% purchasing decisions inspired by active influencers on the platform. Although there’re many other bigger names and social networks putting up a tough competition, Facebook remains ahead when it comes to influencers. Far more interactive and engaging yet, only a step back from Facebook! None other than YouTube, it’s a hot platform for celebrities and influencers alike accounting for nearly 23% purchase decisions for every age group. In fact, there’s something for everyone on YouTube with digital marketers now seriously noticing the trend.

Are You Joining the Social Influencers Club?

It’s never too late to hop onto the influencer marketing canon which is a super awesome start to promote your products and services on the digital front. Do your own research, pick up a preferred social channel, have some budget for good influencers and go for it to drive brand awareness, leads and revenue.